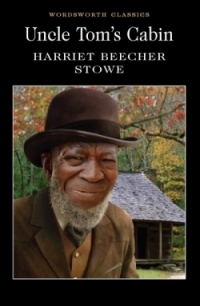 Uncle Tom’s Cabin is the most popular, influential and controversial book written by an American. Stowe’s rich, panoramic novel passionately dramatises why the whole of America is implicated in and responsible for the sin of slavery, and resoundingly concludes that only ‘repentance, justice and mercy’ will prevent the onset of ‘the wrath of Almighty God!’.

The novel gave such a terrific impetus to the crusade for the abolition of slavery that President Lincoln half-jokingly greeted Stowe as‘the little lady’ who started the great Civil War. As Keith Carabine argues in his lively and provocative Introduction, the novel immediately provoked a storm of competing and contradictory responses among Northern and Southern readers, moderate and radical abolitionist groups, blacks and women, with regard to issues of form, genre, politics, religion, race and gender, that are still of great interest because they anticipate the concerns that vex and divide modern readers and critical constituencies.